The Top Reasons For Visiting Dubai On Your Next Holiday

Dubai is a great holiday destination with a wide range of fun activities to enjoy. You will be able to live in one of the grandest metropolises on the planet, and have a combination of tradition, luxury, and modernism at your fingertips. It is a great place for shopping, playing in the rediculously warm sea,, enjoying nightlife and luxury hotels. You’ll feel like you are in a futuristic London.

It can be overwhelming for first-time visitors because right there in front of you is the tallest building on earth, futuristic skylines and an amazing metro system. But it is not only about skyscrapers and shopping, there are numerous activities that you can enjoy in Dubai. That is why i’ve decided to present you the best reasons why you should visit Dubai in 2017:

Dubai is the perfect place if you want to try world food whether it be modern or traditional ones. There are numerous international offerings such as Italian or Mediterranean, but I recommend you try their own cuisine, because it is something quite special.

There are lots of local restaurants with great quirks, such as Al Hadheera, a restaurant in the desert where you will eat amazing Arabic food made from the freshest produce. Of course, you can also find different fast foods and burgers similar to what you would get in the western world.

Dubai is modern in every sense of the word, for instance if you are a vegan, you should go to Bistro, a great place where you can enjoy food without dairy and meat products.

Dubai is also recognized as a place where you can enjoy an artistic flow from numerous artists. If you cannot find the what you like there are various art galleries and exhibits to try. Local information services should help you find your way but you could always visit Translation Companies in Dubai if you are having trouble understanding the language.

There are different kinds of art galleries with numerous burgeoning art scenes that you must look at if you want to expand your knowledge. The Dubai Design District is a great community where you can nurture and promote your talent. There are also great design festivals such as Design Days and Art Dubai that bring international collectors and artists into the heart of the city. 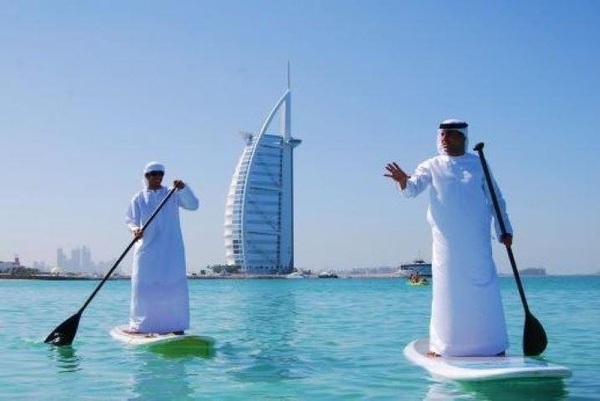 If you love to feel the sand beneath your feet and water that feels like a hot bath, you have to choose the right place. Dubai is a city where you wont experience a shortage of sun, so keep that in mind before you decide to visit it.

Most beaches are owned by resorts, which mean that you cannot use them if you’re not a guest. However, there are amazing free beaches such as Jumeirah public beach and Umm Suqeim beach, from which you can watch amazing Burj Al Arab while getting a sun tan.

Dubai is a great place if you want a different experience from the Western world and to try something different. It is great because whatever your interests are, you will be able to find what you were looking for. From summer skiing in biggest artificial, indoor skiing site, to amazing beaches, and what’s most important, you can do everything on the same day.

Why Learning Another Language Is Important